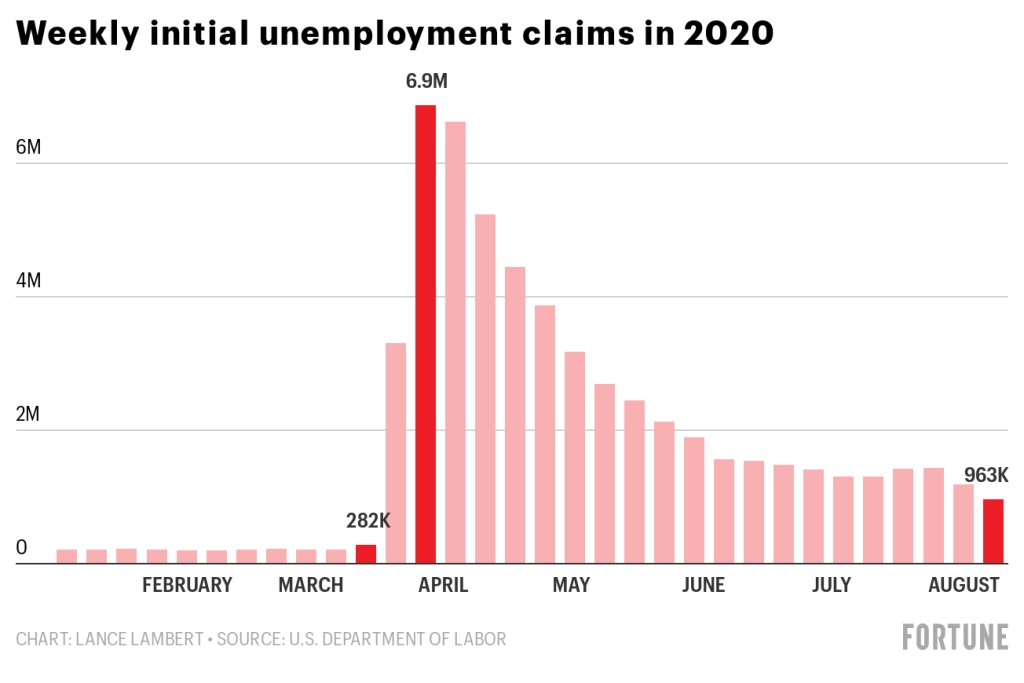 To date, there have been four relief packages that have actually become the law. The first two were tiny compared to the CARES Act, which was #3. The fourth, known as CARES 2.0, added $484B to the PPP and to support health care providers. Nothing has passed since April. Talks over the summer between Democratic leaders and the Trump administration started to narrow the difference, with the White House settled around $1.5 trillion and Democrats at $2.2 trillion, before the negotiations sputtered out. Here are the three most important still-standing proposals: