A few weeks ago, we conducted a poll at our booth at the Student Activities Fair regarding the political climate here on campus. We deeply enjoyed everyone’s input and the discussion it provided. Through the data we collected from those who participated, we were able to put some graphs together that better illustrate the diversity in political opinions at Georgetown. Although we were not able to poll the entire campus, we do believe that our work shows what key issues Georgetown students care about the most and what they expect to see in the next four years. 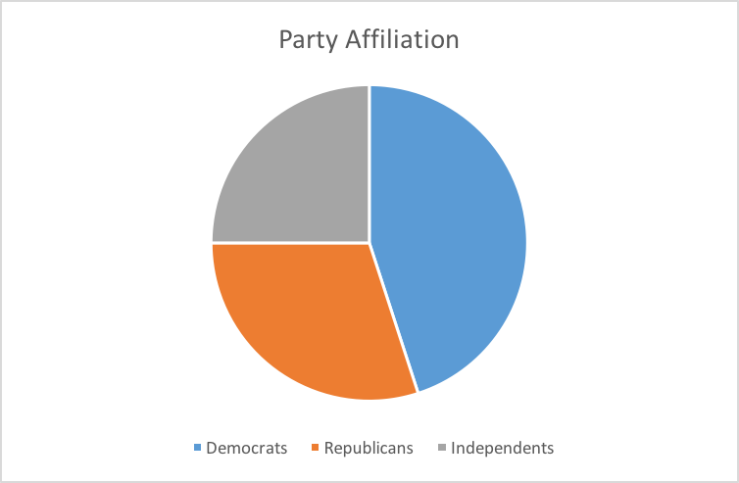 (a) The above graph shows the party affiliation of those who participated in our poll. As you can see, the number of democrats who responded outweighed the number of independents and republicans who participated. However, this does not necessarily reflect the political leanings of our entire community.

HOW IMPORTANT IS BIPARTISAN COOPERATION? 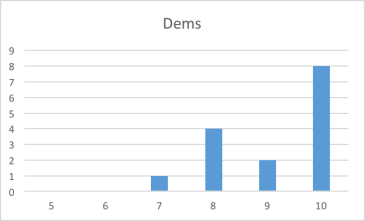 (b) The above graphs show how important bipartisanship is to our campus community (on a scale from 1-10). The top two are the responses from Democrats and Republicans while the bottom graph details the total responses from all affiliations. (We like these results!)

WHAT CHANGE DO YOU WANT TO SEE? 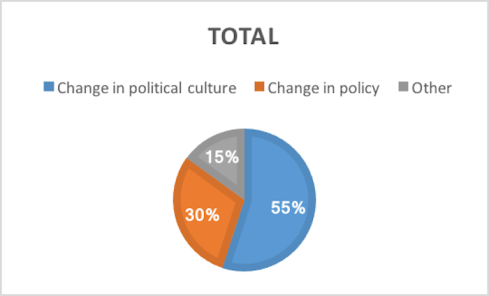 (c) 55 percent of those polled want to see a change in political culture while 30 percent want to see a specific change in policy. The graphs to the left break this data down by political party. Popular political culture prescriptions included restoring the pursuit of truth in our political system , a return to “virtue and morality” , and more dialogue across the aisle. Many of those polled wished to change policy regarding infrastructure, climate change, and education.

WHAT DO YOU THINK TRUMP’S TOP POLICY PRIORITY SHOULD BE?

(d) The above graphs show what many students believe to be the most important policy issues during a Trump presidency. Healthcare issues, specifically Planned Parenthood and the Affordable Care Act, are of growing importance to Georgetown students, with 72 percent of Republican students wanting to see a change in healthcare policy. Once again, infrastructure reform was a popular bipartisan choice amongst those polled. Students also expressed their concern with foreign policy issues, especially regarding our relations with Russia and China. Popular choices in the ‘Other’ category included “Unity,” “Reconciliation,” and “Proving [Trump] can be our President.”